MarlinSpike. Rum, but not as you know it 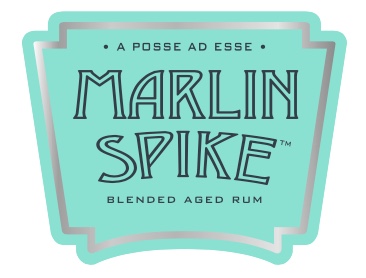 Avant-Garde, yet built on years of
craftsmanship, sublime

A MarlinSpike is a pointed metal spike originally used to open tight, salt encrusted knots on wooden sailing ships plying the world's oceans in search of the new and unique. Subsequently, this vital tool gave its name to sailor's proficiency. Due to its shape and capacity of controlled power it also gave the name to the majestic Marlin fish.

To us the MarlinSpike is the embodiment of our ideals.
It implies a pioneering spirit with an avant-garde vision of a better future, sheer tenacity, teamwork and the ability to create excellence.

Hence our credo:
A POSSE AD ESSE
THE IMPOSSIBLE MADE POSSIBLE

Rum covers a very wide range of styles of product.

With very flavourful types, produced in pot stills with
more impact in flavour than any other spirit will ever give.

We decided to go even further and blend aged rums of different provenance to make the impossible possible.

The first rum in the world that is a perfect mix with tonic water, which in itself is the proof of it's versatility that can be discovered in a new dimension in cocktail making; allowing for entirely new taste sensations. MarlinSpike is appealing to gin & tonic drinkers, just as much as to discerning rum, bourbon and single malt aficionados.

Our blend truly celebrates the potential versatility only rum can have

This atypical composition of 3-5 year old matured rums of Barbados, Trinidad and Tobago delivers a surprising range of unusually fruity, yet spiced rare aroma notes.
For depth of flavour, an aged Jamaican pot-stilled rum has been added. For freshness, yet another Latin rum completes this tour de force.

The suitability to mix with tonic is in itself surprising.
Have a look at our cocktails to see the true versatility of our blend.

MarlinSpike rum, with tonic,
nobody saw that coming

Try this cocktail
→
See all our cocktails
→

MarlinSpike cares for our Oceans. Not just through the heritage of rum but also through a strong belief by the founders that our Oceans are an important asset of our planet.

As founders of MarlinSpike we want to make a serious contribution to keep our Oceans clean and healthy. You can make a difference too.